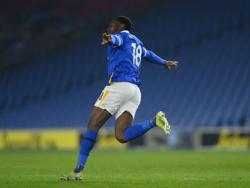 Lamptey, who was enjoying a breakthrough season with Brighton before picking up a hamstring injury in December, was expected to be available for selection this weekend.

"Tariq won't be fit, he had a little setback this week and we need to get to the bottom of that," Potter told a news conference on Thursday.

"It's a problem with his hamstring. He's seeing a specialist and he's not available for the weekend."

Brighton were 10 points clear of the relegation zone last month following wins over Tottenham Hotspur and Liverpool but now find themselves three points above the bottom three after back-to-back losses to Crystal Palace and West Bromwich Albion.

"The league table is there... you have to solve the problems yourself, and get the points yourself," said Potter.

The Brighton boss is hoping his attacking players will step up during the season run-in, with the Seagulls managing to score only 26 league goals in as many games so far this term.

"No matter how well you play the game's about scoring and we haven't done that well enough in the last two or three games." 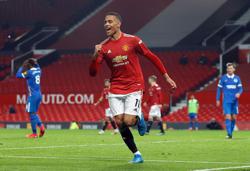 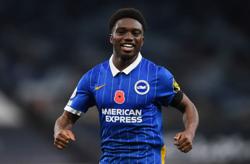