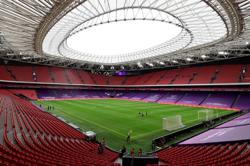 ST. PETERSBURG, Russia (Reuters) - The Russian city of St. Petersburg is aiming to fill its stadium hosting European Championship soccer matches to half capacity due to the COVID-19 pandemic, the local organising committee said on Wednesday.

St. Petersburg is set to host four matches, including a quarter-final, at the 24-nation tournament kicking off in June after it was postponed by a year because of the outbreak.

"The (COVID-19) situation in St. Petersburg and in Russia overall looks fairly good," Alexei Sorokin, head of the local organising committee, told a news conference to mark 100 days before the month-long tournament kicks off on June 11.

"We are looking at the development of the epidemiological situation with cautious optimism. This gives us the right to hope for the stadium to be filled at 50% capacity."

Sorokin added that a final decision on stadium capacity would be taken by UEFA, European soccer's governing body, next month.

Dr Daniel Koch, UEFA's medical advisor on Euro 2020, told Reuters last month that the likely percentage of stadium capacity could be higher than 30%.

The tournament will be spread across the host cities of Glasgow, Dublin, Bilbao, Amsterdam, Copenhagen, Munich, Rome, St. Petersburg, Bucharest, Budapest and Baku, with the semi-finals and final taking place at London's Wembley Stadium.

Russia has recorded nearly 4.3 million cases of the new coronavirus and more than 87,000 deaths since the start of the pandemic.

The country launched a mass vaccination campaign in December with the Sputnik V vaccine.

On Feb. 10, Health Minister Mikhail Murashko said that more than two million Russians had been vaccinated with at least the first dose of Sputnik V. 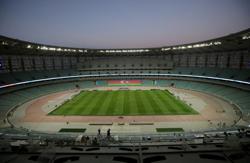 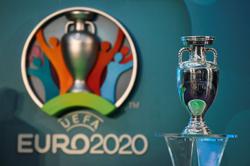