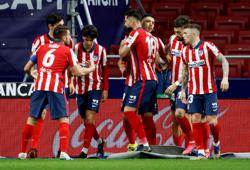 Atleti, who had a 10-point lead at the top heading into February, have faltered of late.

They have won one of their last five matches in all competitions and have failed to keep a clean sheet in their last eight.

Those slip-ups have allowed neighbours Real Madrid, who have played a game more, to move to within three points of the Rojiblancos.

Atletico coach Diego Simeone has backed his players to emerge from their mini-slump and pointed to the side's current position.

"We know that we are in a tough moment, more in terms of results-wise than performance. We need to work hard to improve that," he said.

"If you'd have told me in September that we lost our Champions League first leg and are La Liga leaders, I'd have taken it," he said referring to Tuesday's 1-0 defeat by Chelsea in the last 16 of Europe's elite club competition.

Meanwhile, Real have continued to perform impressively despite an injury crisis, winning their last five games in all competitions as they look to retain their title.

Zinedine Zidane's side host fifth-placed Real Sociedad on Monday and look primed to capitalise on any slip-up by Atletico on Sunday.

They will likely be without nine first team regulars including captain Sergio Ramos as well as forwards Eden Hazard and Karim Benzema for the visit of the Basque outfit.

On Saturday, Barcelona, who sit third, can put pressure on their rivals in the title race when they visit fourth-placed Sevilla.

Barca are five points behind Atletico having played a game more, while the Andalusians are two behind the Catalans but have a game in hand.

The trip will give Barcelona a chance to avenge their 2-0 Copa del Rey semi-final first-leg defeat by Julen Lopetegui's side earlier this month. 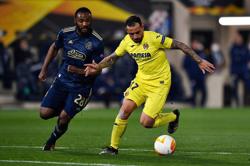