(Reuters) - Senegal striker Mbaye Diagne had joined West Bromwich Albion on loan from Galatasaray until the end of the season, the Premier League club said on Friday.

“I think he’s a player our supporters will enjoy watching and I hope he can score the goals we need to help us win more games," West Brom sporting director Luke Dowling said in a club statement.

"The biggest thing for us is that he really wanted to come which is massively important to us in the position we find ourselves.”

Diagne, 29, has scored 11 goals from 18 appearances with Galatasaray this season.

West Brom are second from bottom in the Premier League, seven points adrift of the safety zone. They have scored 15 goals in 20 games. 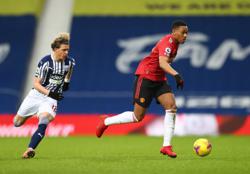