PETALING JAYA: Makan Konate is back in Terengganu and can’t wait to devour the opposition.

The 29-year-old Malian attacking midfielder captivated football fans in the state when he played for T-Team from 2016 to 2017 under Indonesian coach Rahmad Dermawan.

However, he left the team after suffering a severe knee injury in the middle of 2017 and headed to Indonesia.

Now that he is back, Konate is happy to join the Turtles and rekindle his partnership with Brazilian striker David Da Silva, where they were both unstoppable for Persebaya Surabaya during their Indonesian stint.

“I’ve known David for a while now even before we were at Persebaya. He is a good friend and someone with a voracious appetite for goals, ” said Konate, who also turned out for Arema and Sriwijaya during his four-year stint in Indonesia.

“It feels good to be back in Malaysia, especially Terengganu. I had fond memories during my spell with T-Team.

“I cannot wait to play in the league and the AFC Cup. I’ll be wearing the number 10 jersey because it is my birth date, ” added Konate who signed a one-year contract.

The 1.78m tall player, who also had offers from Thailand and Saudi Arabia, was the best attacking midfielder in the Indonesian League in the 2018-2019 season, where he scored 29 goals in 51 games.

Football fans can expect Konate and Shitembi to light up the league with their repertoire of skills as Terengganu look to mount another strong challenge in the Super League. 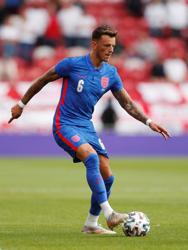