How Tuchel can get Chelsea ticking again

LONDON (Reuters) - Thomas Tuchel will be expected to hit the ground running when he takes charge of Chelsea for the first time on Wednesday, 24 hours after being confirmed as Frank Lampard's replacement.

Unlike Klopp, however, who was allowed time to mould Liverpool into eventual champions of England and Europe, the nature of the Chelsea job means he will need to show tangible progress sooner rather than later.

So what are the main priorities for the latest incumbent in the Stamford Bridge hot seat.

GET A TUNE OUT OF WERNER AND HAVERTZ

Frank Lampard's struggle to integrate more than 200 million pounds ($274.70 million) worth of close season signings into a team that did so well last term ultimately cost him his job.

That failure was highlighted by the underwhelming impact of forward Timo Werner and playmaker Kai Havertz, German internationals signed from RB Leipzig and Bayer Leverkusen respectively.

Werner has scored once for Chelsea since early November while Havertz has looked lost.

The arrival of Tuchel, who knows their strengths inside out having watched them come through the German system, will be a comfort to both.

There is no doubting their potential to thrive in England and the club's owners will have turned to Tuchel to unlock it.

GIVE CHELSEA AN IDENTITY ON THE PITCH

Lampard spoke a lot about wanting his Chelsea side to have a clear identity -- but was not given the time to embed it.

Tuchel's teams are known for their fast-paced, attacking football, working tirelessly to win the ball back and moving forward quickly -- not unlike Liverpool at their best.

Whether or not he has the players at his disposal to do that at Chelsea is questionable. But he will demand individual responsibility on the pitch and an ability from his players to move out of comfort zones and be tactically flexible.

N'Golo Kante was Frank Lampard's preferred midfield pivot but the arrival of Tuchel might be good news for Jorginho.

The Brazilian was a target for Tuchel while at PSG and could be used as a deep-lying playmaker behind a central midfield pairing of Mason Mount and Havertz.

WILL HE SHOW FAITH IN LAMPARD'S ENGLISH YOUNGSTERS?

Tammy Abraham scored a hat-trick in Frank Lampard's last game in charge, but he could be the fall guy if Tuchel gets Werner and Havertz playing to their full potential.

While Mount has been one of the shining lights for Chelsea this season, the young midfielder will have to prove himself all over again under Tuchel who will arrive open-minded and willing to offer out-of-favour players a chance.

Lampard was proud of giving academy players the stage, but Tuchel will not have any qualms about going against the blueprint his predecessor was trying to put in place.

GETTING ON WITH THE HIERARCHY

Tuchel has never been afraid of flexing his muscles when it comes to dealing with club owners and his departure from Borussia Dortmund in 2017 stemmed from a fall-out over transfer policy. "Thomas is a difficult person, but a fantastic coach,' said Borussia Dortmund CEO Hans-Joachim Watzke in a podcast on German public radio last November.

Tuchel also had an uneasy relationship with PSG sporting director Leonardo so how he deals with the Chelsea hierarchy will be interesting. Usually there is only one winner when Chelsea managers clash with the powers at the top of the club. 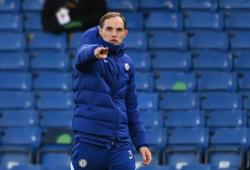 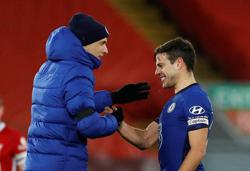