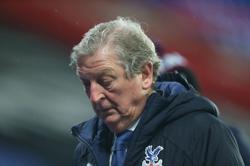 While it was a disappointing night for the 73-year-old Hodgson, his thoughts were with Lewington.

"He caught the virus we think from a household member, has tested positive but he's not feeling that bad, luckily," Hodgson told reporters.

"It'll be a question of re-testing towards the end of his isolation period and hopefully he'll be given the green light to join us.

"When he gets over that, and we hope that will be fairly soon, he'll be more than welcome back on the bench, but I've got to be honest with you, I don't think there's so much more that he could have done tonight to help us."

Palace, who remain in 13th place in the standings, are in a poor run of form having managed one win in their last 10 games.

They took an early lead through Wilfried Zaha but fell apart in the first half against a dominant West Ham side.

"The daily work now is to make certain that first of all we dust ourselves down and put this result behind us as quickly as we possibly can," said Hodgson.

"The only way to do that will be to train hard and make certain when we play against Wolves on Saturday our performance is an awful lot better than it was today." 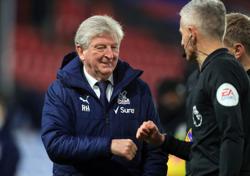 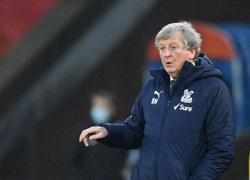