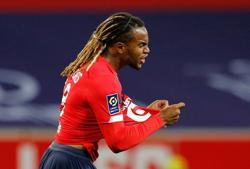 LONDON (Reuters) - Wolverhampton Wanderers fans grumbling about their club's drastic loss of form should perhaps consult the history books and check out the last time they played Chorley in the FA Cup.

A run of two victories in their last 10 games in all competitions has left Portuguese manager Nuno Espirito Santo under pressure for the first time in his Wolves reign.

Last week's defeat by West Bromwich Albion left Wolves 14th in the Premier League with fans venting their frustration on social media, yet the club remains in rude health compared to the sad state of affairs on Nov. 24, 1986.

That evening Wolves, one of the big names in English football history, were humbled 3-0 by the part-timers of Chorley at Burnden Park, the old home of Bolton Wanderers.

Poignantly, considering Cup replays have now disappeared, it was the third match between the teams after their first-round tie had twice ended in a draw.

It was a humiliation for Wolves but, considering how far the club's stock had fallen, not a complete surprise.

After defeat by Chorley the Birmingham Evening Mail summed up the mood with an image of a wolf inside a coffin.

"Mention Chorley and it'll send a shudder down the spines of a generation of fans," lifelong Wolves follower Russ Evers, who was present that night, told the BBC.

"There seemed only one way out of the Fourth Division -- and that was relegation."

Considering where Wolves are now, a win for sixth tier Chorley on Friday would represent a far greater shock.

While back then their attack was led by Andy Mutch, a 5,000 pounds signing from Southport, these days they have a squad full of household names such as Joao Moutinho and Adama Traore.

Sadly no Chorley fans will be at Victory Park because of the COVID-19 pandemic which has left a 500,000 pounds hole in the club's finances. 'Virtual tickets' are being sold, as they were for Chorley's win over Derby County in round three.

Connor Hall, who scored the opener against Derby, said he was relishing the chance to match up against Wolves.

"We're just looking forward to it. There's no pressure at all and there'll be a few nerves before the game, but we're just going there to do our best and try and show the world we are good players," he said.

"The amount of teams above us in the football pyramid, and we're one of the 32 teams left in the competition." 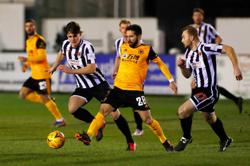 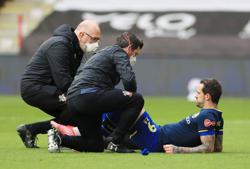