LEICESTER, England (Reuters) - Leicester City beat Chelsea 2-0 on Tuesday to go top of the Premier League, for 24 hours at least, thanks to goals from Wilfred Ndidi and James Maddison.

Leicester have 38 points from 19 games but Manchester United, on 37 points, can return to the top with a victory at Fulham on Wednesday.

Chelsea's fifth defeat in eight matches dropped them to eighth place, nine points behind the leaders.

While Chelsea had 65% possession, it was the home side, champions in 2016, who looked the more dangerous throughout the game.

Leicester took a sixth-minute lead when a short-corner, which caught the visitors by surprise, was mis-hit by Harvey Barnes and fell to Ndidi on the edge of the box, whose shot flew in off the inside of the post.

Chelsea were awarded a penalty in the 38th minute when Jonny Evans brought down Christian Pulisic, but after a VAR review, the challenge was ruled to have occurred just outside the area and Mason Mount blasted the free kick over the bar.

Within three minutes Frank Lampard's side went from the brink of an equaliser to being 2-0 down when Chelsea's defence failed to deal with a high ball from Marc Albrighton, which fell to an unattended Maddison whose composed finish gave Edouard Mendy no chance.

Chelsea substitute Timo Werner had an effort ruled out for a narrow offside in the final stages but the Foxes were good value for their win -- the first Leicester manager Brendan Rodgers had managed in 16 matches against Chelsea.

"Sounds nice to say we're top of the league - probably for about 24 hours but it's a good one psychologically because we've worked really hard it's a great achievement for us and I don't think you'll see a better team performance from us this season so far," said Maddison, who was outstanding for City.

"It had a bit of everything, bit of tactical nous, I thought we were brilliant today," he said.

Lampard said his side had been beaten by the better team on the night.

"They were sharper than us and ran more than us. The bare minimum is to run and sprint and cover ground and too many of our players didn't do it," he said. 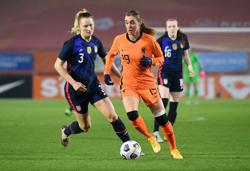