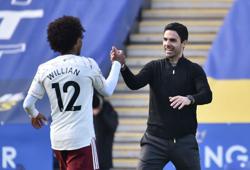 (Reuters) - Arsenal and midfielder Mesut Ozil have reached an agreement in principle to terminate the German's contract six months before it expires so he can seal a move to Turkish club Fenerbahce, The Athletic reported on Saturday.

Ozil, 32, has not played for Arsenal since last March and was left out of the their Premier League and Europa League squads at the start of the season.

Turkish media reported earlier this month that Fenerbahce would sign the former Germany international, who has Turkish ancestry, for three and a half years.

Ozil, one of Arsenal's highest-paid players, is free to negotiate a pre-contract with other clubs as he is in the final six months of his contract with the London side, but The Athletic reported that Fenerbahce would sign him as a free agent.

"Fenerbahce is like Real Madrid in Spain. The biggest club in the country," Ozil said during a question and answer session with fans on Twitter this week.

Signed in 2013 for a then-club record fee of over 42 million pounds ($57 million) from Real Madrid, the playmaker played a crucial role under Arsene Wenger in ending Arsenal's trophy drought, winning the FA Cup in his first season.

But he found himself marginalised under Wenger's replacement Unai Emery and then again by current manager Mikel Arteta, who said the player's omission from the squad was for "football reasons".

Arteta said earlier this month that if a deal could be agreed that was "good for both parties", Ozil would leave during the January transfer window. 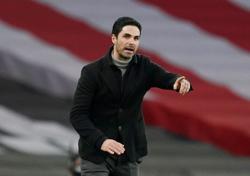