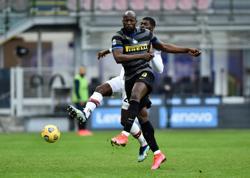 (Reuters) - Atalanta's Josip Ilicic put on a masterclass to inspire his side to a 4-1 win at Benevento in Serie A and move them up to provisional fourth place in the standings on Saturday.

The Slovenian forward put the visitors ahead on the half-hour after skipping between two defenders in the box and firing through another’s legs to wrongfoot goalkeeper Lorenzo Montipo.

Ilicic was close to adding a second with an explosive shot that crashed off the post but his good work was undone when the unmarked Marco Sau tapped in a cross to equalise for the hosts against the run of play early in the second half.

However more Ilicic magic soon helped Atalanta back in front in the 69th as he played a one-two on the edge of the area with Cristian Romero before striking a shot that Montipo could only parry into the path of Rafael Toloi for a tap-in.

Two minutes later Atalanta took control when Ilicic curled an inviting cross to the back post where Duvan Zapata was on hand to volley home and substitute Luis Muriel completed the rout by curling in his 10th league goal of the season late on.

The result stretched Atalanta's unbeaten league run to seven matches and leaves them fourth on 31 points ahead of the rest of the weekend's fixtures. Benevento remain 10th on 21 points.

Elsewhere, Genoa's revival continued as they beat Bologna 2-0 to climb out of the relegation zone and record their first home league win since September.

Miha Zajc fired home the opener on the brink of halftime before Mattia Destro pounced after the break to net his fifth goal in his last six appearances in the league.

The Ligurian club have now picked up seven points in four games since coach Davide Ballardini returned in December for his fourth spell in charge, the same amount they had registered in the previous 13 matches.

That run of form means Genoa have risen to 17th place on 14 points, while Bologna are 12th with 17 points. 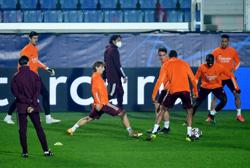