Soccer-Talking points from the Bundesliga weekend The final Champions League spot and the last relegation place will be decided on the final matchday of the season, with RB Leipzig in fourth place, two points ahead of Freiburg, having the advantage.

At the other end of the table, Arminia Bielefeld need victory against Leipzig to get out of 17th place that leads to the second division. VfB Stuttgart currently occupy the playoff spot in 16th, three points in front.

Former Bundesliga champions and northern rivals SV Werder Bremen and Hamburg SV are locked in an equally thrilling finale in the second division with a game left. Bremen are second on 60 points and Hamburg are three points behind in third.

Schalke 04 have already secured promotion, with the second-placed team to follow them up. The third finisher goes into a promotion playoff.

Christopher Nkunku has played his best season in the Bundesliga for RB Leipzig, having scored 20 times in the league alone and becoming a major transfer target for several top European clubs.

The versatile France midfielder has also delivered 13 assists in the Bundesliga as Leipzig, German Cup finalists, are a game away from sealing a Champions League spot next season. 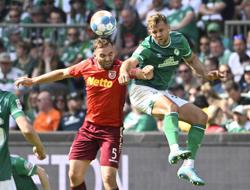 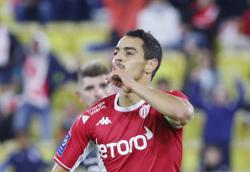