(Reuters) - AC Milan striker Zlatan Ibrahimovic said recovering from the serious knee injury he suffered at Manchester United three years ago fuelled his desire to prolong his playing career and that he is not ready to hang up his boots just yet.

But his time at United was marred by a career-threatening injury in 2017 that kept him out of action for almost a year.

The 39-year-old re-joined Milan in January after two seasons with Major League Soccer's LA Galaxy, and has thrived on his return, scoring 10 goals this season to lift Stefano Pioli's side to the top of the table.

"After my injury I said to myself that as long as I can play football, I want to play," Ibrahimovic told BBC. "When you play on this level it's all about performance. If you perform, if you bring results, then you are still at the top.

Milan are four points clear of second-placed Sassuolo with a game in hand as they seek their first league title since 2010-11.

"We are in unbelievable form - we are doing great," Ibrahimovic added. "But still we haven't won anything, we have to keep that in mind."

(Reporting by Arvind Sriram in Bengaluru; Editing by Raju Gopalakrishnan) 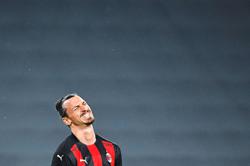 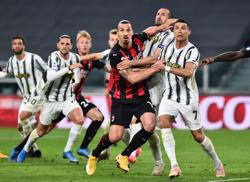