PETALING JAYA: National midfielder Brendan Gan is ready to take Selangor to greater heights even in the absence of several key players next season. That’s his commitment to the Red Giants.

“I’ll miss my former teammates. It’s sad to lose players that you’re accustomed to. I’ve built a good bond with them for over a year, ” said Brendan.

“New players will come in, and we’ll have to build the connection again. My job is to win games and work hand-in-hand with the newer players.

“We will bring Selangor to where the team belong, which is at the top. We lost a little bit of leadership with Taylor’s departure, but we would gain back from the new players and those in the squad.

“It would be great to see players who are over the age of 25 assert their leadership because, in football, you need many leaders to carry the team forward, ” added Brendan.

The team will be headed by new coach Karsten Neitzel and Brendan is looking forward to working with him.

“We have not heard much about Neitzel, but we know the management have worked hard and done their due diligence before hiring him. It’s exciting, ” said the 32-year-old Brendan, who used to play A-League side Sydney FC. 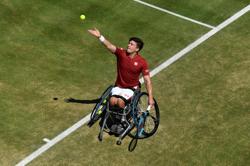