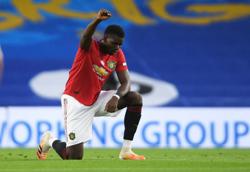 A household figure: Rajagopal led Malaysia’s Under-23 side to the 2009 SEA Games gold medal and the senior squad to the 2010 AFF Cup title.

The former international became a household name in South-East Asia when he guided Malaysia’s Under-23 team to the 2009 SEA Games gold medal and the national senior team to the 2010 AFF Cup title.

With his appointment, Rajagopal will be tasked to help the Wasps reach the group stage of the 2021 AFF Suzuki Cup which is scheduled from April 11-May 8.

“I’m looking forward to the challenge.

“It will be tough but not impossible. I hope I can be in Brunei in January to observe the players and lay out my plans for the team, ” said the former international.

“As a Malaysian, it’s a privilege and a great honour to be given the chance to lead a foreign national team and I would like to thank the National Football Association of Brunei Darussalam for their belief in me. I hope I can bring glory to Brunei football.”

Rajagopal’s last stint was at PKNS in the Super League in 2019. His contract was not renewed after the team were rebranded and turned into a development side, Selangor II, in the Premier League for the 2020 season.

“I’m ready for football after taking a one-year break. I believe Brunei have talented players in their midst.

“Their club, Duli Pengiran Muda Mahkota (DPMM), were the 2019 Singapore League champions so we need to see how we can improve the players further, ” added Rajagopal.

“What they need most is proper guidance and more competitive matches.

“These are some of the things in the pipeline ahead of the AFF Suzuki Cup group stage qualifiers.” 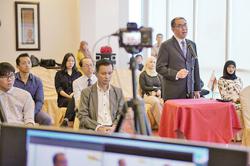