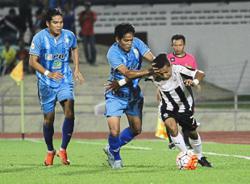 Turtles no more: Uzbek midfielder Sanjar Shaakhmedov (left) and England’s Lee Tuck (inset) have been released by Terengganu who have also let go their other imports in the team for the new season. —Bernama

PETALING JAYA: Terengganu coach Nafuzi Zain has conceded that his pre-season will be tougher as he has to rebuild the team for the 2021 season.

Shaakhmedov, who joined the east coast side in 2019, scored 16 goals in 37 appearances in the M-League was a vital cog in the Terengganu engine room.

Nafuzi said losing a player of Shaakhmedov’s calibre is a blow but the team will have to continue moving forward and the team management has to be more prudent with their budget for the new season.

He also added that the team management would announce the team’s new import soon and they would bank on the team’s talented youngsters.

“Sanjar is a quality player... we thank him for his services to the team and wish him good luck for his future. It will be harder for us to get the team ready for the new season but I take the challenge, ” said Nafuzi.

“I think all the teams will scale down their spending for the 2021 season due to the financial constraints. It’s the same with us. I believe the management will be able to secure talented imports for the team.

“We also have talented youngsters who showed their potential to help us finish third in the Super League. These players will be more experienced for the new season and their confidence level will be higher too.”

Nafuzi said he hopes the team can start their pre-season in mid-December as their campaign in the AFC Cup will start on Feb 15, which is 10 days ahead of the M-League which is scheduled to start on Feb 25-26.

“We have to start our pre-season early because we will have new imports... the team will need more time to gel as a unit, ” he said.

“The standard operating procedures (SOP) with travelling and paperwork for work permits and visa will take some time for the foreign players to join the team. I really hope everything goes well.” 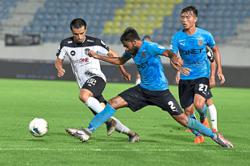