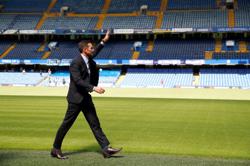 LONDON (Reuters) - Frank Lampard said his Chelsea side lacked a bit of "magic" to break down a disciplined Tottenham Hotspur side as they missed the chance to leapfrog their fierce rivals and move to the top of the Premier League on Sunday.

Chelsea had 60% of the possession and 13 goal attempts to Tottenham's three but could find no way through as Jose Mourinho's side claimed the point that put them back on top of the table, above Liverpool on goal difference.

Timo Werner had a goal ruled out for offside early on and Mason Mount forced a fine save from Hugo Lloris in the second half but the game ended in stalemate.

Lampard was not to downbeat though, praising his side for not getting sucked into Tottenham's counter-attacking trap.

"I thought we dominated big parts of the game. Everything that we talked of before the game in terms of nullifying their counter attacking threat we did really well, so that part off the game was fantastic," Lampard, who enjoyed home and away wins over his old manager Mourinho last season, said.

"It is difficult to create against Tottenham when they have a low block, the whole team defending centrally.

"Sometimes you rely on a bit of magic. I am sort of balanced after the game. Big parts were great, hence the clean sheet. But a game we maybe should have won."

Mourinho rather comically described his side as a "pony" rather than a horse in the title race after -- suggesting his side were not contenders despite being top.

Asked for his opinion, Lampard said: "It's Jose's call to say it as he sees it from his end, but from the outside they are top of the league, it's very close at the top," he said.

"If we're contenders then they have to be contenders. If you've got Harry Kane and Son (Heung-min) in your team -- Son has got nine goals, Harry's got seven, they keep clean sheets well because of the organisation of their team -- they would expect to be in the race.

"They have invested heavily -- they've got people like Gareth Bale sitting on the bench, Dele Alli's not here. There is a strong squad there. So I think we are all competing, but Jose can say can say it as he sees it."

The draw left Chelsea in third spot with 19 points, two behind Tottenham and Liverpool. 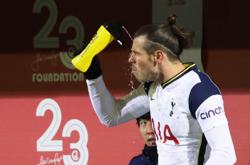 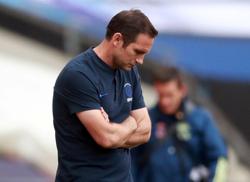