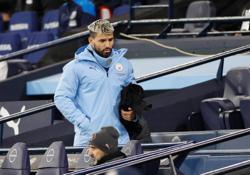 Stones and Mendy, who between them cost City nearly 100 million pounds ($130 million), have struggled with injuries and poor form in recent seasons.

"We know he's (Stones) got incredible skills. It depends on him to maintain this level," Guardiola told reporters ahead of Tuesday's Champions League match at Porto.

"He struggled last season, he needs continuity to be fit, training, be ready. John could not for different reasons. Since day one he played against Wolves and played excellent.

"Unfortunately, he was injured, struggled to come back because Ruben (Dias) gave us stability."

Mendy completed 90 minutes in Saturday's 5-0 win over Burnley and even scored a goal but Guardiola said goals was the last thing he wanted from the Frenchman.

"I want him to defend well, be fit and be focused," Guardiola added. "He played 90 minutes (twice) and played quite well. Still we have to wait, it depends on him, similar to John."

City have secured qualification for the knockout stages and Guardiola is now aiming for top spot with Porto three points behind.

"We go there to get the first place in the group stage. The important thing is done to qualify, but we go to maintain our rhythm," he said.

"The Premier League is the main priority in general terms. We have 19 players in the first team fit and all of them travel. They are a real difficult opponent and we need the best players possible."

Striker Sergio Aguero will not be on the flight to Portugal due to a knee injury.

"It was a little disturbance in his knee, but he didn't train," Guardiola said. 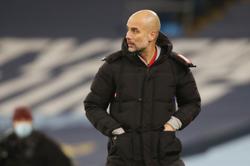 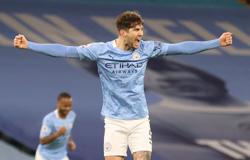