WEST BROMWICH, England (Reuters) - West Bromwich Albion ground out their first Premier League win of the season and moved out of the relegation zone with a 1-0 home victory over Sheffield United thanks to Conor Gallagher's maiden top-flight goal on Saturday.

The result lifted West Brom two places up to 17th on six points from 10 games while the Blades stayed rooted to the bottom with one point after yet another toothless performance.

Sheffield United have scored only four league goals, the joint fewest tally alongside 18th-placed Burnley who have a game in hand, and their lack of bite up front showed again as they missed a string of chances.

Gallagher settled the contest with a scrappy 13th-minute strike as his tame-looking shot from 16 metres found the bottom corner through a forest of legs after Sander Berge had failed to clear a corner.

Wing-back George Baldock missed gilt-edged opportunities in both halves and Oliver Burke also came close for the visitors, who were particularly wasteful in the closing stages of the game.

Oliver McBurnie had Johnstone at full stretch in the 81st minute as the Blades pressed for an equaliser and the keeper did well again deep into stoppage time to parry a fierce, low drive by substitute Rhian Brewster.

With the clock ticking, Lys Mousset somehow managed to loop the ball over the bar from four metres, much to the relief of West Brom manager Slaven Bilic who was almost apologetic to his counterpart Chris Wilder after the final whistle.

At the other end, visiting keeper Aaron Ramsdale blocked Karlan Grant's close-range shot with his body, kept out a Kyle Bartley header and then palmed away Hal Robson-Kanu's low drive with West Brom looking dangerous on the break.

Gallagher was elated after West Brom held out to rekindle their survival hopes.

"We were desperate for a win," the midfielder told Sky Sports.

"The boys are buzzing from the performance; hopefully we can build from this. To score is amazing but to get the three points is the most important thing at the end of the day.

"It’s very important to be out of the relegation zone. We’re not looking too much at the league table at the moment. We’ll take every game as it comes." 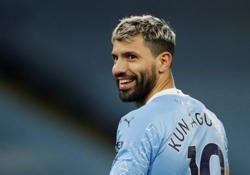