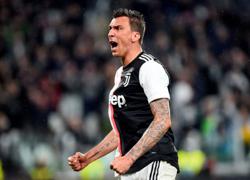 STOCKHOLM (Reuters) - Zlatan Ibrahimovic won Swedish football's Golden Ball for a record-extending 12th time and Chelsea's Magdalena Eriksson received her first Diamond Ball as the country crowned its best players of the year in on online awards ceremony on Monday.

Sweden's record scorer with 62 goals in 116 internationals, the 39-year-old Ibrahimovic has been in superb form for AC Milan, leading the jury to award him his first Golden Ball since 2016, the year he retired from the national team.

"With a unique character, he has extended a unique career with yet another sensational chapter," the jury said explaining its decision to present the striker with the award, which no other player has won more than twice.

"A huge thank you - I believe everything is possible if you just believe in it and you invest a lot of time and hard work," Ibrahimovic said in a video interview, adding that he hoped to see fans back at games soon.

Defender Eriksson, 27, captained Chelsea to their Women's Super League triumph in an English season shortened by the COVID-19 pandemic. The Sweden international, who has played 60 times for her country, echoed Ibra's sentiments about hard work.

"I maybe wasn't the greatest talent in my career, but I've worked unbelievably hard to get to where I am today. I love football, I love to train and that's why I got here," she said in her acceptance speech. 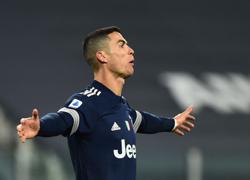 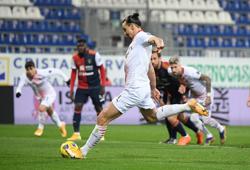