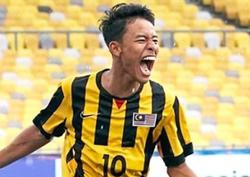 I will Luq and learn

PETALING JAYA: Young Malaysian striker Luqman Hakim Shamsuddin (pic) has finally made his debut for KV Kortrijk, but it was not the best of starts for him as his team were defeated 1-3 by Anderlecht at the Guldenspoen Stadion on Saturday (Oct 24).

The 18-year-old, who is a product of the Akademi Mokhtar Dahari (AMD) and a key player for the national under-19 team, came on in the 74th minute replacing rightback Peter Golubovic.

Ilombe Mboyo scored Kortrijk’s goal in the 87th minute, where he buried in a penalty, in which Luqman was involved.

Since joining Kortrijk in August, Luqman has been impressive in their Under-21 side and has scored three goals for them. Luqman’s debut against Anderlecht also means that he is the first Malaysian to play in the Belgian Jupiler League. 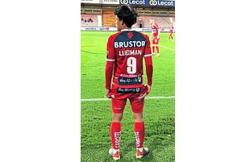 I will Luq and learn