BERLIN (Reuters) - Holders Bayern Munich kick off their Champions League defence against Atletico Madrid on Wednesday but a repeat of their quintuple-winning year will be extremely difficult this season, coach Hansi Flick said on Tuesday.

The Bavarians who lifted the European trophy in a delayed finish to the tournament in August due to the COVID-19 pandemic, also won the domestic double as well as the domestic and European Super Cup.

"We want to be as successful as possible," Flick told a news conference ahead of Tuesday's first group stage game. "But to reach the optimum as we did recently will be extremely difficult."

"Especially in the Champions League there are many very good opponents. It is all about taking one game at a time. It has served us well to focus on the road ahead."

Several players have recently left the German club, including Thiago Alcantara, Ivan Perisic and Philippe Coutinho. However, they have brought in Leroy Sane, Marc Roca, and Douglas Costa among other this season.

"It is a different team from last season and every team has its strengths and weaknesses," Flick said.

"As for now, I am fairly satisfied. We have had only one week of training with everyone together, but there is more depth in our squad now. What will be very important is not to have any injuries. You saw that at Liverpool now with Virgil van Dijk."

The key Liverpool defender has been ruled out for months and will need surgery on damaged ligaments sustained in Saturday's Merseyside derby draw against Everton.

Apart from Sane who has been out for a couple of weeks, Flick will have a full squad to chose from, including midfielder Joshua Kimmich who missed their 4-1 league win at Arminia Bielefeld on Saturday due to the birth of his second child, but was back in training on Tuesday.

"It will be a game that will be on equal terms because Atletico are a team that reflects on the pitch what their coach Diego Simeone stands for and that is passion," Flick said.

"I look forward to the game and the coach who has been doing outstanding work there for the past nine years." 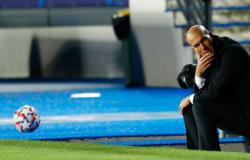 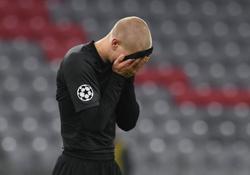