Genoa hold Verona 0-0 despite being depleted by COVID-19 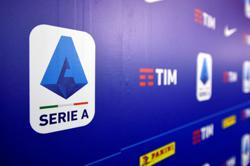 (Reuters) - Genoa held on for a 0-0 draw away to Verona in Serie A on Monday despite having their squad decimated following a COVID-19 outbreak at the club.

Goalkeeper Mattia Perin, who was the first player to become infected and has since recovered, gave an excellent performance as he kept the hosts at bay, capped by a save from Davide Faraoni's header late in the game.

Genoa were hit by the outbreak three weeks ago and, at one stage, 17 players and five members of staff had tested positive. Their previous match at home to Torino was postponed.

On Monday, they still had 13 players missing, including some who were still positive and others who had recovered but were not fit to play.

"There is one word for it; teamwork" said Perin after the game. "We've really had a difficult time with players who trained very little, including myself. But we decided not to look for excuses, to be compact and try not to repeat last year's season.

"We're aware that our goal is to stay up, but we must also hope to surprise our fans, for the people who are suffering and cheering us on."

Genoa, who narrowly avoided the drop last season, have four points from three games and Verona seven from four. 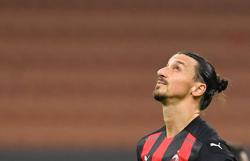