PETALING JAYA: The Football Association of Malaysia (FAM) have come down hard on eight referees.

Two were suspended until further notice, another two banned for two weeks while the other four have been given strict warnings. 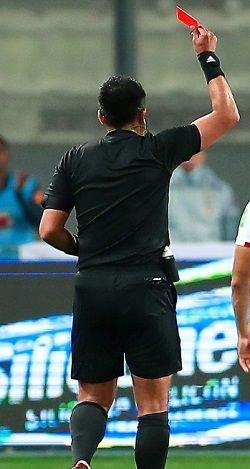 FAM referees’ committee chairman Mohd Dali Wahid said that actions were taken to improve the standard of refereeing in the country.

Dali also urged M-League team officials to lodge official complaints to the relevant authorities instead of going to the media to voice out their displeasure.

“Overall the referees’ performance is satisfactory although they are a few who failed to reach the expected level at the conclusion of the M-League although there are two more matches remaining, ” said Dali in a press conference at Wisma FAM in Kelana Jaya yesterday.

“We have taken action against eight referees. In normal procedure, they will be demoted to officiate at lower-level leagues like the M3 and President’s Cup. But since both competitions are cancelled this year they will be rested and will only be the fourth official during matches.

“Although there’s a lot of complaints in the media over the refs, we only received four official complaints from UiTM, Terengganu, Police and Petaling Jaya City.

“The biggest issue is their inconsistency while handling the match and we will work on rectifying the situation. Please bear in mind they only have split seconds to make a decision so at times mistakes can happen.”

Dali added that despite the suspension, the national body have enough referees for the Malaysia Cup which is scheduled to start on Nov 6.

He also said that plans to introduce professional referees and women referees in the M-League had to be put on hold after the season was cut short due to the Covid-19 pandemic. 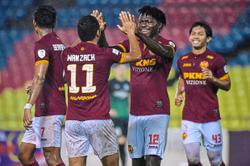