Argentine league to restart on October 30 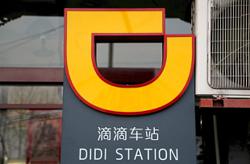 Opposites attract: Wild and captive jaguars mate in Argentina to save species

BUENOS AIRES (Reuters) - Professional football will restart in Argentina on Oct. 30 after a seven-month hiatus caused by the novel coronavirus pandemic, the president of the Argentine Football Association said on Wednesday.

“All football is returning,” Claudio Tapia said. “We have respected the health norms and now we have the opportunity to say football can be played again.”

The first division will begin on Oct. 30 and the second division will start a week later on Nov. 7. The third and fourth divisions and the women’s professional league will kick off on Nov. 23 and the fifth tier will restart on Dec. 6.

Tapia said all the games will take place without the presence of fans.

The leagues all stopped in mid-March as the virus forced lockdowns worldwide.

Argentina, which imposed a tough lockdown, has recorded 931,967 confirmed infections, the sixth highest in the world, while its death toll from the virus is near 25,000.

The South American country is also still near its peak in terms of daily cases, with one of the highest test “positive rates” in the world.

Most other leagues in South America started months ago and the Copa Libertadores, the regional equivalent of the UEFA Champions League, began again in September with Argentine teams participating. Opposites attract: Wild and captive jaguars mate in Argentina to save species