Speaking at the LeadersWeek.direct conference, Soriano said the business model of the English Football League (EFL) which runs the three tiers under the top flight - the Championship, League One and League Two - was "not sustainable enough".

Amid calls for Premier League clubs to rescue EFL sides with a financial package during the COVID-19 pandemic, Soriano said there were other issues to be addressed.

"One of the challenges is the EFL is a business that's not sustainable enough. They were discussing ways to improve it... salary caps, now they were nudged, almost pushed to solve the existing problems because of the crisis," Soriano said.

"... There are other problems, the challenges of developing players in England where 'B' teams are not allowed.

"We have a development gap of boys that are 17 or 18, they don't find the right place to develop and for example they are taken from us by the German teams who try to sell them back to us for a price which is 10 times what they paid.

"This is mad, right? This is something we needed to solve and now maybe the crisis will give us the opportunity... to get together and solve these issues."

The EFL relies heavily on matchday revenue and has suffered badly during the pandemic with an estimated 200 million pounds ($258 million) in losses forecast if games are held behind closed doors all season.

England's FA and leagues have asked the government to allow spectators to return to stadiums, assuring fans they can hold matches safely.

"It's a good opportunity for the different elements of the football business to get together, solve these problems," Soriano said. 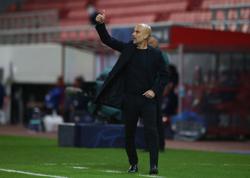 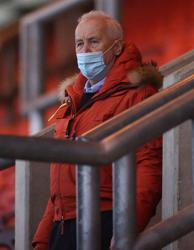