PETALING JAYA: First, there was the Covid-19 pandemic. And now, the tragedy of the Beirut blast.

Pahang coach Dollah Salleh’s hopes of getting his Lebanese defender Khalil Khamis (pic) to rejoin the team before the M-League resumes is getting slimmer by the day.

The pandemic had left Khalil stuck at his home since March and just as he was preparing to come back to Malaysia, Beirut was hit by the massive explosion last week that killed more than 130 people, wounded at least 5,000 and left an estimated 300,000 homeless.

Dollah said he had not been in touch with Khalil recently but has been told that the player had survived the deadly explosion.

“I have to accept the fact that Khalil is not likely to be with the team when the season resumes on Aug 26. For now, we can only wait, ” said the former international.

“I have not heard any news about Khalil for a long time and we have been asking around to contact him. What I know is that he can’t return to Malaysia yet... we only have our Philippine midfielder Adam Reed rejoining our training.”

“I’m having a headache to prepare the team without Khalil... our other centreback Muslim (Ahmad) is still injured and I have no choice but to bank on youngsters for our Super League campaign.”

The Elephants had a slow start to the league with defeats by Selangor (1-2) and Petaling Jaya City (2-3) but bounced back to beat Sabah 2-0 and Melaka 1-0 before the Super League suspension on March 16.

The east coast side are currently placed third in the 12-team standing with six points.

Dollah’s preparations for the return to the Super League have not been plain sailing, as they suffered a 0-3 loss to Premier League side Terengganu II in a friendly in Kuantan on Aug 7.

However, Dollah downplayed the loss and said he was more focused on the players’ performance rather than the final result.

“I want to win all of our matches when the Super League resumes but we will be without several players so I have to try to find some solutions, ” said the former national coach.

“We lost to a Premier League team but I don’t think it’s fair to criticise the players’ performance based on the scoreline. I gave all the players a chance to play to test them.”

“For me, winning or losing was not important. I just wanted to gauge the team’s combination play in the absence of key players.” 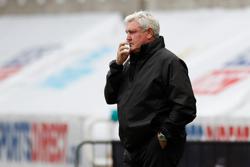