(Reuters) - Aberdeen's Scottish Premiership match away to St Johnstone on Saturday has been postponed after two of the club's players tested positive for COVID-19 and six more are self-isolating.

On Thursday, Aberdeen issued a statement saying the match would go ahead as planned but following a meeting on Friday between Scotland's Minister for Public Health, the Scottish FA and Scottish Professional Football League, the matter has been taken out of their hands.

Scotland's First Minister Nicola Sturgeon, who this week ordered a lockdown in Aberdeen after a cluster of COVID-19 cases, said she was furious at the situation.

Aberdeen chairman Dave Cormack said on the club's website he was grateful that the club had not had to forfeit the game, given that "we caused this problem".

"I took the opportunity yesterday to apologise to both football and health authorities, and with our fellow premiership clubs today," he said.

"Regrettably, what has happened in the last few days has undermined all the hard work that has gone into keeping our players and staff safe. We are now dealing with this internally with the seriousness it deserves."

It is an embarrassing own goal for the Scottish Premiership which kicked off the new season last week, having had last season curtailed by the coronavirus pandemic.

Sturgeon said Aberdeen's players had put at risk the restart of the professional game.

"Football has been given the go-ahead on the strict condition that clubs and players abide by the guidance that has been agreed," she said. "If they don't do that, they put at risk the return of the professional game. To say this incident is deeply regrettable is an understatement."

Aberdeen lost 1-0 at home to Rangers in their opening fixture, after which Cormack praised the club's "stringent processes and measures" to tackle the virus.

Media reports say Aberdeen's players had been on a night out in bar in the city centre.

"I'd like to reassure the relevant bodies, our fans and everyone associated with the club that our already rigorous measures are being forensically scrutinised and that no stone will be left unturned in ensuring that no-one is under any doubt about what must be adhered to," Cormack said. 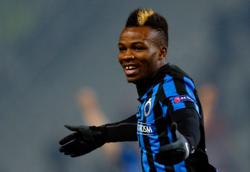 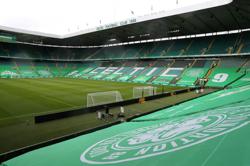 Aberdeen, Celtic games to host 300 fans each in pilot scheme