ROME (Reuters) - Lazio forward Ciro Immobile moved closed to the Serie A goalscoring record for a single season when he was on target in the 2-0 win over relegated Brescia on Wednesday.

Immobile took his tally for the season to 35, one short of Gonzalo Higuain's record of 36 for Napoli in the 2015-16 campaign. Lazio's final match is away to Napoli on Saturday.

Lazio, who have guaranteed a top-four finish, stayed fourth with 78 points, behind Atalanta on their head-to-head record.

Immobile was involved in Lazio's first goal in the 17th minute when he exchanged passes with Joaquin Correa who weaved his way through several defenders before scoring from close range.

Lazio, who suffered a dip in form following the re-start of the season, began to look more like their old selves, creating several chances to increase their lead.

Immobile skimmed the post before finally getting on the scoresheet from a tight angle from Correa's pass in the 82nd minute. 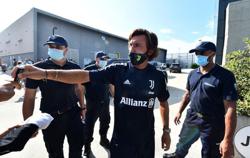 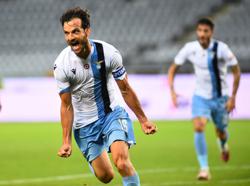 Lazio to face Milan without their two main strikers