Full confidence: Shahrel (in yellow) says he can do his best for Perak to impress the national team selectors.

The 24-year-old Shahrel will be playing for Perak when the league resumes in September but his eyes are on the national team’s World Cup campaign that will continue with the Group G qualifiers against the United Arab Emirates (UAE) in Abu Dhabi on Oct 8.

It will be followed with a home fixture against Vietnam on Oct 13 and Thailand in Bangkok on Nov 17.

They contributed seven goals in total in five matches in the qualifiers before it was stopped due to the Covid-19 pandemic.

Gambia-born Sumareh scored three, while Safawi and Syafiq have collected two goals each but target man Norshahrul has yet to break his duck.

Although the odds are stacked against him, Shahrel is not throwing in the towel.

“I have always wanted to play for the national team, but Syafiq, Sumareh, and Mat Yo (Norshahrul) have been doing a good job for the team.

“They are making it harder for me to get my breakthrough, ” said Shahrel.

“We don’t really know the condition of the players when they return for the game.

“It’s hard to gauge whether I can get the call-up but I’ll do my best for Perak to impress the national team selectors.

Shahrel, who made his debut for the national team in 2017, has been plagued by injuries before stamping his mark with a hattrick in the 5-1 win over Timor Leste in the first round of the World Cup qualifiers on June 11,2019.

He was listed for the national team by coach Tan Cheng Hoe but ended up warming the bench in the first two Group G matches against Indonesia and UAE and was later dropped from the following three matches, last year.

Shahrel, however, has turned his fortunes around with a good start in the Super League this year, being the only local striker to score three goals after four matches.

The Tawau-born player said Cheng Hoe had done a wonderful job with the national team and could guide the team to the 2023 Asia Cup, which Malaysia last qualified for in 2007.

“The team have improved and with the addition of the naturalised players, I think we can qualify based on our current strength, ” he added.

Vietnam lead the qualifying table on 11 points followed by Malaysia at second with nine. Thailand are third with eight, the UAE fourth (six) with a game in hand while Indonesia are bottom without a point. 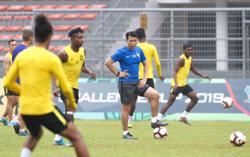 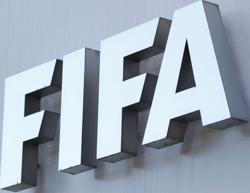 Asia's World Cup qualifiers postponed to 2021 due to COVID-19 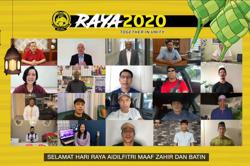