The aftermath: A workman clears up rubbish outside the Liver building in Liverpool after fans’ celebrations. — AP

LONDON: Premier League champions Liverpool were forced to criticise their fans’ “wholly unacceptable” behaviour after police claimed glasses and bottles were thrown at them during title celebrations that turned violent.

Liverpool supporters have ignored coronavirus social distancing guidelines since Juergen Klopp’s side were crowned English champions for the first time in 30 years on Thursday.

Thousands have flocked into the city centre to party after many initially gathered around Anfield.

With many drinking to excess, the title celebrations have turned ugly.

Merseyside Police Assistant Chief Constable Jon Roy said two officers needed medical treatment for injuries to their backs after bottles were thrown as they went to help an assault victim in a crowd of supporters on Friday.

A group of about 100 people threw glasses and bottles at riot police as they tried to stop them committing acts of disorder in the city’s Pier Head waterfront area, according to Roy.Deputy chief executive of the North West Ambulance Service Mick Forrest said crews were sent to 34 emergencies as a result of the violence.

Twenty-seven people were taken to hospital, three in a serious condition.

“The crowd largely dispersed by about 1.30am and a short time later officers were confronted by a group of people more than 100 strong who sought confrontation with the police, ” Roy said.

“They were committing acts of disorder and then threw glasses and bottles at the police when they tried to intervene.

“Specially trained officers in protective kit had to disperse them and we then had a number of really violent, absolutely unacceptable, incidents of violence and disorder throughout the city centre.”

Fifteen people have been arrested for public order offences and one man was arrested on suspicion of assault, he said.

In a joint statement with Merseyside Police and Liverpool City Council, the club condemned supporters who ignored social distancing advice.

“Our city is still in a public health crisis and this behaviour is wholly unacceptable, ” read the statement.

“The potential danger of a second peak of Covid-19 still exists and we need to work together to make sure we don’t undo everything that has been achieved as a region during lockdown.”

Social media images showed a firework hitting the Liver Bird building, one of the city’s most famous landmarks, during a second night of celebrations on Friday.

Vast amounts of rubbish were cleared by the council on Saturday morning. — AFP 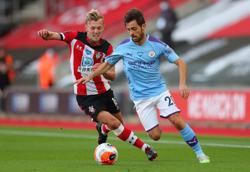 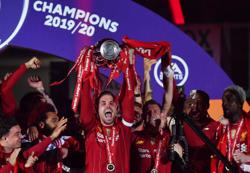 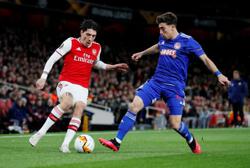