Will the matter be solved?: Kedah defender Renan Alves (left) red carded during the AFC Champion League playoff against Seoul FC in January. Kedah will be hoping their financial woe will end soon. — courtesy Kedah FA

PETALING JAYA: There’s finally some light at the end of the tunnel for M-League footballers’ financial woes.

The Professional Footballers Association of Malaysia (PFAM) believe the government’s decision to allow teams to resume training from June 15, would be a tonic for the entire football fraternity financially.

Several M-League teams have been struggling since all footballing activities came to a grinding halt due to Covid-19 pandemic on March 16, and it left many players with unpaid wages for a couple of months.

PFAM reckon that if the M-League does resume in September, it would reduce the commercial losses suffered by teams since the league was suspended on March 18.

“The players were handed wage deductions until the league resumes as a survival measure for the M-League teams. Now, the M-League needs to resume and the mitigate teams’ and players’ losses suffered during the enforced suspension, ” read PFAM’s statement.

PFAM also believe M-League players are ready to adapt to embrace the new normal of football in the country, including adhering to the strict standard operating procedures (SOP) for training.

“We are grateful for the efforts initiated by the Football Association of Malaysia (FAM) and the Malaysian Football League (MFL) in drafting the guidelines to ensure all football stakeholders, players and team officials are safe and free of the infection, ” read PFAM’s statement.

“We are still in a state of anxiety and fear as we have yet to register a clear victory in this war against the pandemic however, we have full the confidence in the guideline and SOPs which will be set by FAM and the MFL.” 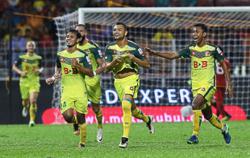 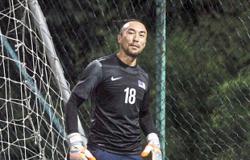 It’s all right to fight for your rights in football