PETALING JAYA: When it rains, it pours. Another former Kelantan import player has demanded the cash-strapped Kelantan Football Association to settle his wages, making it seven people to whom they owe money totalling more than RM2mil.

Brazilian striker Bruno Lopes (pic) has demanded the Red Warriors to settle RM141,103.60 in salary arrears, which was owed during his time with the east coast team from Dec 2017 to April 2018.

Kafa filed an appeal with the Court of Arbitration for Sport (CAS) last week to have the payment postponed. It is learnt that they have five more cases pending with FIFA for a sum of RM2mil or more.

Kafa secretary-general Husin Deraman said they had 45 days in which to settle the dues and are planning to ask for a deferment similar to De Jesus’ earlier case.

“We have received the letter from FIFA through FAM. We will file an appeal for a deferment. We have been informed that more players are looking to bring up the cases to the next level,” said Husin.

“We are facing a serious situation with the financial condition becoming more and more difficult to resolve.”

Meanwhile, Kafa action committee chairman Ahmad Muzakkir Hamid said they had proposed to make payment in two installments to De Jesus who is open to negotiating the terms of payment of his arrears.

The committee have also made an appeal to the Kelantan state government help ease their financial woes.

“I hope the state government can consider our appeal and help us,” he said. 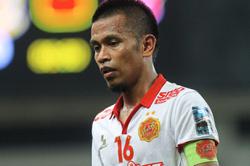 Kelantan make desperate plea to ex-players to be patient