From coaching to cooking: Sathianathan showing off his culinary skills and some of the dishes.

FOOTBALL coach B. Sathianathan is one of the country’s most highly qualified ones around. He has an Asian Football Confederation (AFC) Professional Licence, the German A licence, a Brazilian coaching diploma and to top it all off, he has also been a FIFA coaching instructor.

But he would have given all of that up, just for a culinary arts certificate.

The fiery coach had actually wanted to be a chef, cooking up a plethora of dishes in front a kitchen fire.

“I really wanted to be a chef when I was schooling... when you look at the magazines, you can see them looking very smart in their all-white uniform and the chef’s hat,” said Sathianathan.

“I told my father that I wanted to go Switzerland to learn culinary arts but he told me he can only afford to send me to study in India, so I dropped my plans. I decided to study locally and that was the time I came to Seremban from Johor to study architecture.”

“One day I was playing football in a field and Negri Sembilan coach Paul Nathan spotted me. He offered me a place in the Negri team and that was the start for my football career.”

Although he could not become a chef, cooking has become a labour of passion for the coach who still cooks for his family.

Sathia credited his mother as his inspiration. Growing up in a Malay village, he also got to hone his cooking skills and the 62-year-old coach’s repertoire involves Malaysian food and western dishes.

“My mother was my inspiration. I used to help her cut vegetables, I would join the kenduri preparations in my kampung and my task was usually cutting potatoes,” said the former international.

“My signatures dishes are chicken rendang, chicken perattal and mutton perattal. I do make Malay kuih and my son loves my spaghetti. He always wants me to cook prawns, crabs and lobster and ham spaghetti. He’s really fond of western food,”

“My recipes are from my mother and wife. At times, I tries recipes from You tube... I always wanted to try French cuisine, you need to have some skills to cook French food and it’s not easy to cook.”

The seasoned coach sees similarity between cooking and coaching and reckons that might be the reason why he feels attracted to cooking.

“It’s the same concept... you work with the ingredients you have and you try to make something out of it,” said Sathianathan.

“Both need creativity, being analytical and finding a solution in a short time.

Sathianathan said the M-League’s suspension has provided him a good chance to indulge in his hobby, which has been therapeutic besides leading to family bonding.

“Food is always a thing that brings people together,” declared Sathianathan. 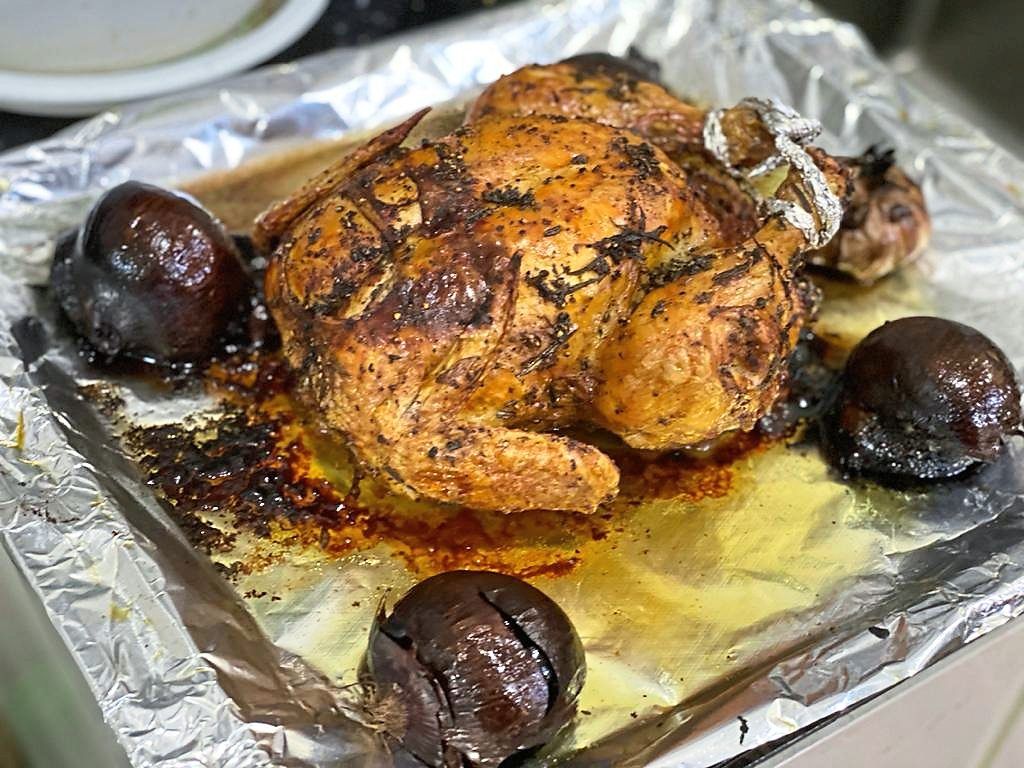 From coaching to cooking: Sathianathan showing off his culinary skills and some of the dishes.

Selangor coach B. Sathianathan cooking up a storm in the kitchen.