The player and the farmer: Kenny (below) and his farm in Buntong.

PETALING JAYA: Perak’s midfielder D. Kenny Pallraj is good at juggling with a football, and also with his life.

Not only is he a brilliant player, the Buntong-born player is also a farmer; and a student studying for his degree.

Known for his work rate, tackling and reading of the game in the middle of the field, Kenny is running his agro farm in his hometown of Ipoh and pursuing his civil engineering degree at the Universiti Selangor (Unisel) via virtual classes.

With time to kill now thanks to the Covid-19 pandemic, the former Harimau Muda player has no qualms doing all three at the same time.

In the morning, he manages his farm, in the afternoon, he attends online classes, and in the evening, he does indoor workouts to keep himself fit and active until team training is allowed, hopefully in August.

“I have always told myself that if I have free time, I have to do something useful. Through football, I could start my agro farming business and also do my degree, ” said the 27-year-old.

“Whatever free time I have, I would look to invest in something. I love farming, so now I have a farm in my hometown where I have sheep, goats, turkey and chicken. Business is not too bad.

“I am pursuing civil engineering because I come from a science background during my school days. I love Physics and also designing and drawing house plans, ” said Kenny, who is in the third year of his degree course. 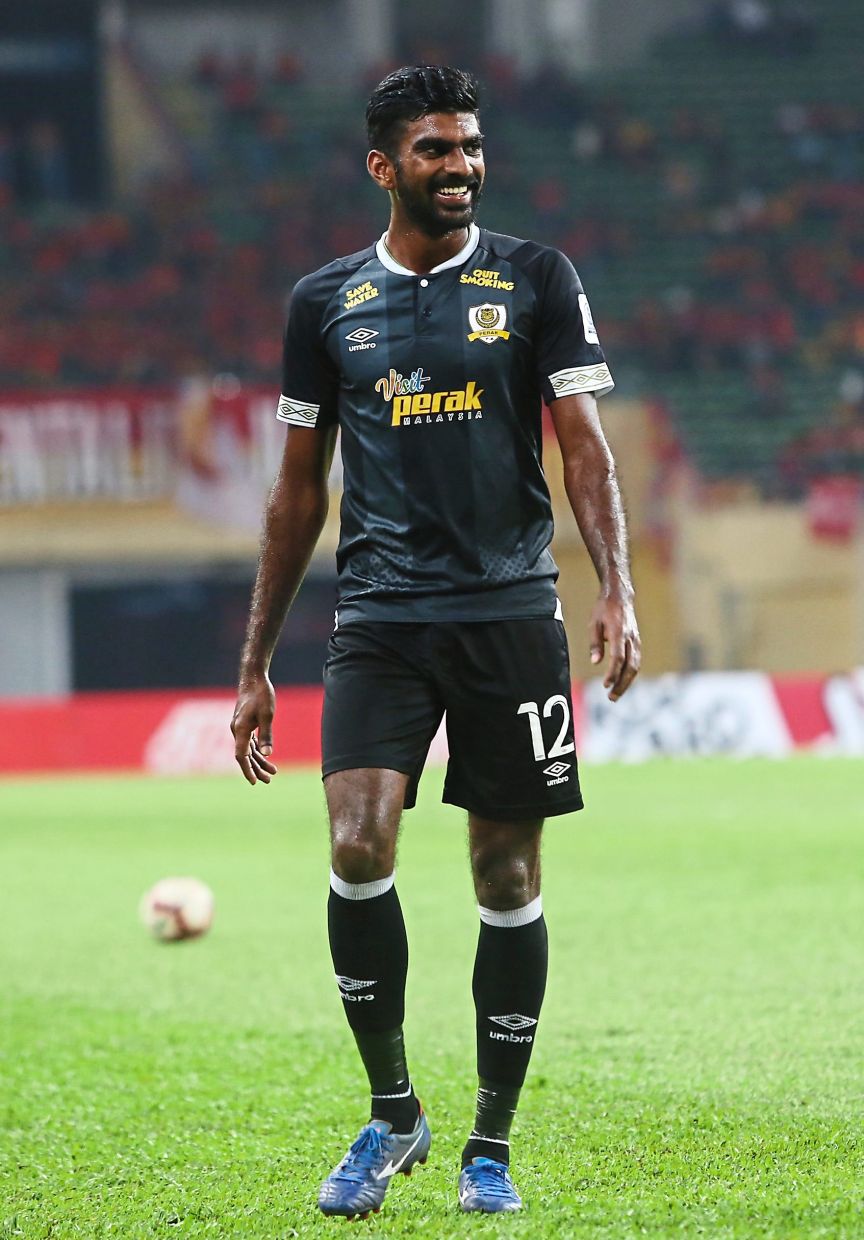 Kenny, who has been playing for his home state since 2016, said the decision to have seven league matches in a month when the league resumes was fine with him as long as players and clubs have some sort of game time this year.

“Rather than just cancelling the league, it is best to have the league in one round, and knockout matches for the Malaysia Cup.

“If they decide to scrap the league, players and clubs would not know what to do as contracts would be affected, and people will lose jobs.

“Seven matches in a month is not easy, but we just have to be prepared for that.

“We cannot do anything about it. The circumstances do not favour us.

“I guess we just have to take his as a once-in-a-lifetime experience. I hope it will never happen again in our lifetime.”

Competition in midfield is pretty tight in Perak as Kenny has to contend with Leandro dos Santos, Thierry Chantha Bin and Firdaus Saiyadi, but he has no problems with it.

“I have played five games during the pre-season and also three of the four in the league, so the competition is kind of healthy. There is no ego among us.

“With seven games in a month, I am sure players will need rest, so many of us will see action.

“There will be a good rotation. However, it’s all up to the coach (Mehmet Durakovic).”