Newbie Davies itching to prove himself in JDT

PETALING JAYA: After being in the limelight last year, captaining Pahang and turning out for the national team in a total of 49 matches, rightback Matthew Davies had been ready to start from the bottom and work his way up in star-studded Johor Darul Ta’zim (JDT).

But fate dealt him a huge blow. He could only make four appearances for JDT before running into the enforced break, no thanks to the movement control order (MCO).

No wonder then that the Malaysian Football League’s (MFL) announcement that the M-League will resume in September has him grinning and itching for action.

“I know that I have joined a good team and that I am way down the pecking order being the new guy. The plan was to slowly adapt to things in the team and challenge for a spot in the line-up but since the MCO came along, the plan is disrupted, ” said the international.

“The MCO was good initially as my body needed a break but it has turned out be horrible in the long run. However, we have good people with the club and they have been constantly in check with the players to monitor our well-being and also our home training.

“This MCO has given me a glimpse of life after retirement and it made me realise how lucky I am to be a footballer and also the need to prepare for the future.”

The Perth-born Davies started his career with Pahang in 2015 at the age of 20. He went on to captain the Elephant Army when he was just 21 and led them to FA Cup glory in 2018, becoming, at 23, the youngest skipper to lift the trophy.

The 25-year-old said he had no problem adapting to life in Johor and had been spending his time at home watching Netflix, reading books and continuing his degree in Financial Management.

“I have my girlfriend here to keep me sane. But, now, we are driving each other insane, ” he joked.

“It’s good to hear that the M-League will start in three months time, we will be playing only half the number of the matches and the Malaysia Cup, too, will be shorter. We have fewer matches to play and competition for a spot in the team will be at a premium now, ” said Davies.

“The government’s announcement to relax the MCO is good too. Now, we can have a run in the parks but at the same time, we still need to take precautions.” 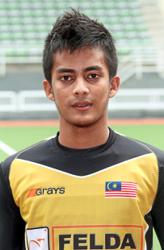 Kokot in fight for Harimau spot