LISBON (Reuters) - The Portuguese footballers' union (SJPF) has criticised the practice of furloughing players during the coronavirus stoppage as opportunist and urged clubs to find their own solutions to the crisis.

With Portuguese football at a standstill since March 12, Belenenses SAD became the first top flight club to announce furloughs when it said on Monday that it would "partially lay off" its staff for an undetermined period.

Joaquim Evangelista, the SJPF president, told the Diario de Noticias that he expected a group of second tier clubs to follow suit.

However, the SJPF said in a statement that such moves ignored a negotiations with the league and gave the wrong image to the public.

"The SJPF has been involved in a permanent dialogue with the league in the last few weeks, to find a compromise solution which safeguards the rights of the players and guarantees the activity's financial sustainability," it said in a statement.

"Unfortunately, some clubs, organised outside these negotiations, have unilaterally decided to go straight to furloughs."

In doing so, it said, the clubs "gave Portuguese society the message that, in times of crisis, they aren't capable of resolving the problems which affect them."

The government has agreed to help pay the wages of workers who are furloughed or put on reduced hours, and Belenenses said it would make use of the scheme.

"Public support for companies and workers because of the coronavirus pandemic is aimed at safeguarding jobs and the business fabric and is made to be used," it said. "The lay-off allows Belenenses SAD workers to benefit from this support."

However, the SJPF said this was "an opportunist attitude on the part of football clubs in placing themselves in this position" and that they should not be using government funds.

"Football has the capacity to respond to this problem, professional football can and must behave differently," it said.

"Fortunately, there are many clubs that in the same circumstances have adopted a different, shared and fair attitude. This is recognised by the players who offer their willingness to overcome this crisis." 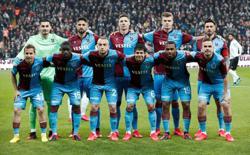 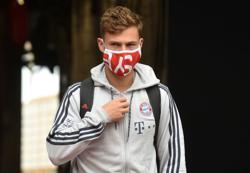 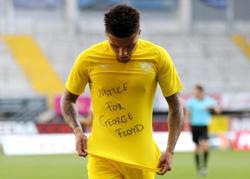