(Reuters) - English soccer club Chelsea have teamed up with domestic abuse charity Refuge to help raise funds for women and children left in vulnerable situations because of the coronavirus pandemic.

Some experts have warned that self-isolation directives during the coronavirus lockdown could lead to further cases of domestic abuse and make it more difficult to find support.

Chelsea said the manager of its women's team Emma Hayes, and male and female players would take part in a digital campaign to raise funds for the charity, with the club saying it would match all donations received in the next six weeks.

"I am proud to lead the club's support of this worthy cause during such a difficult time for so many," Hayes told the club's website https://www.chelseafc.com/en/news/2020/04/02/chelsea-fc-to-team-up-with-uk-charity-refuge.

"There are many things for people to deal with in the present climate but it is important we support the vulnerable and those who may feel alone or without a voice.

"I hope this campaign can do that and make a difference to those who need support."

Chelsea have already opened the hotel on their Stamford Bridge stadium site to National Health Service staff in London, while the men's squad have donated money to the Chelsea Foundation to help support those in need during the crisis. 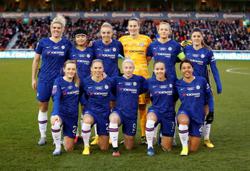 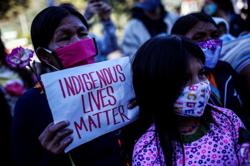