MANCHESTER, England (Reuters) - Manchester United forward Marcus Rashford has raised over 100,000 pounds ($124,410) to ensure vulnerable children who rely on free school meals every day are still fed now schools are closed due to the coronavirus lockdown.

Rashford, who said he depended on free meals as a child, issued a rallying cry and asked people to donate, working with charity organisation FareShare that distributes food to schools and community centres.

Rashford's initial goal of 100,000 pounds, that would serve 400,000 children, was quickly surpassed after people responded positively to the 22-year-old's appeals on his social media channels.

"There are people in worse situations than I was in as a kid," Rashford told The Times https://www.thetimes.co.uk/edition/sport/manchester-uniteds-marcus-rashford-making-sure-children-are-fed-during-lockdown-586gg37nw. "They're not even getting that second meal at home, so it's something I wanted to help with.

"The number of people not being fed is ridiculous. It was close to one million children who were helped every week by FareShare. When I saw the numbers it was quite shocking."

Rashford was recovering from a back injury when the Premier League was suspended until at least April 30 due to the coronavirus outbreak, with Manchester United in fifth place -- three points behind fourth-placed Chelsea. 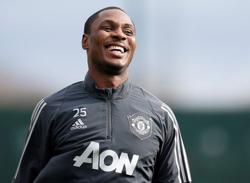 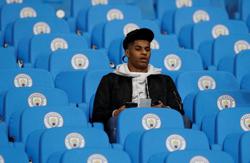 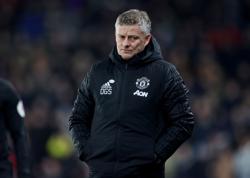