By T. AVINESHWARAN
IPOH: The #StayAtHomeChallenge is beginning to make its way into Malaysia – and those toilet rolls are coming in useful.

Some players have also posted videos of them doing workouts and even dancing with their partners at home.

It may seem entertaining, but these players also want to drive home a point – staying at home can be fun.

As governments around the world, including Malaysia, encourage their people to stay home to curb the spread of the virus, current and former footballers have shown that life indoors need not be boring.

With competitions postponed and cancelled, some athletes have plenty of time on their hands and are trying to send #stayathome message to as many people as possible. 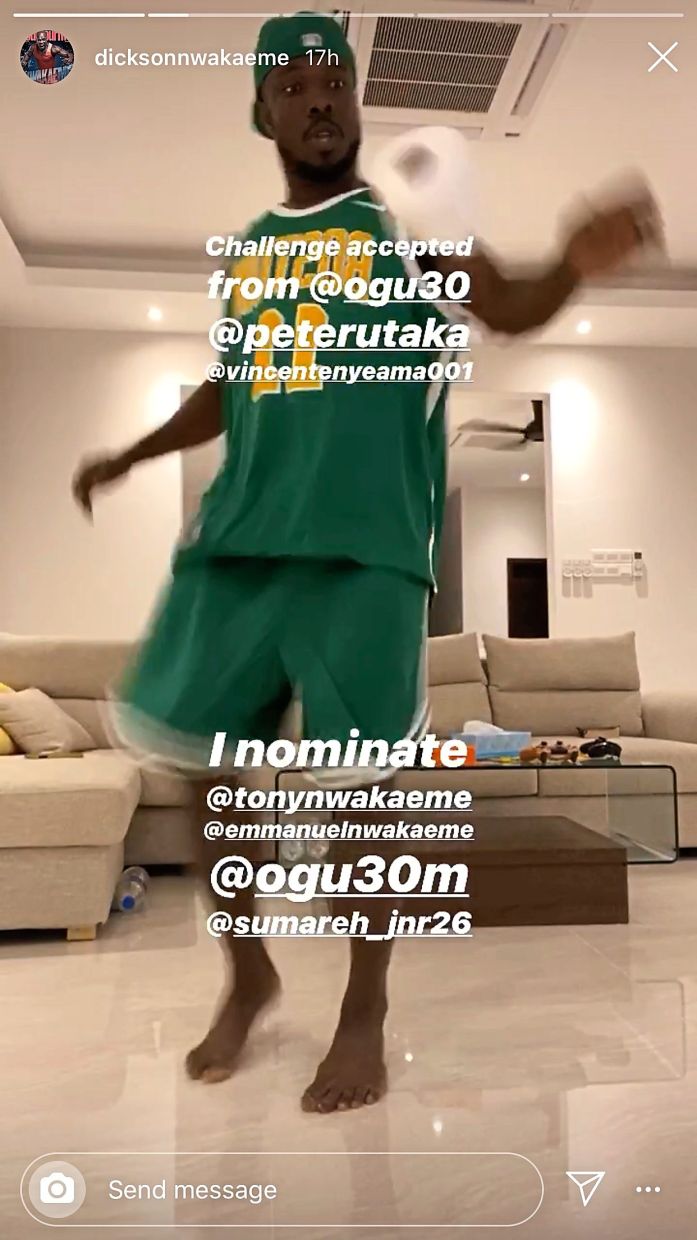 Stay active: Dickson Nwakaeme controlling toilet rolls to spread awareness on the importance of staying home during the Covid-19 crisis.

Players like Kedah’s Kpah Sherman and David Rowley, Selangor’s Nicholas Swirad, Melaka’s Romel Morales and Pahang’s Dickson Nwakaeme have posted stories on Instagram, and even tagged other footballers to continue the challenge.

Sherman, who has scored three goals in four matches for Kedah said that he had few invites to do the challenge, and decided that it was an apt way of instilling awareness on the importance of staying indoors.

“It was fun doing the challenge. I had lots of invites from my friends on social media to do it, and I was like let’s do it,” he said.

“I was bored too because I am so used to playing football all the time.

“Sitting for two weeks is going to be difficult, but for me health comes first.

“I have my family here, so we will have home-cooked food every day, and I will do the exercises in my apartment. Not to forget, I get more time on the Playstation too.

“To all Malaysians, please adhere to the rules set by the Government. We shall beat this thing together,” said the Liberian international. Romel Morales shows off his juggling skills using a toilet roll on his Instagram story.

All clubs cannot hold friendlies or training during the order period. Foreign players are also not allowed to leave the country.

With more than 200,000 cases worldwide and almost 800 in Malaysia, health administrations are working day and night to curb the spread of the disease.

However, some citizens have not taken it seriously enough and people have not heeded the order well, leading to the Prime Minister appealing to Malaysians to stay at home during the two-week movement control order (MCO).