Optimistic: Pahang’s Mohamadou Sumareh (left) hopes to win a trophy and help Malaysia qualify for the 2023 Asia Cup in China.

PETALING JAYA: It is time to fill up the trophy cabinet in Mohamadou Sumareh’s residence.

The mercurial Pahang winger wants 2020 to be a year full of achievements as he looks to win at least a trophy with his club and help Malaysia qualify for the 2023 Asia Cup in China.

For Sumareh, the year 2019 has been good to him but wished he could have helped the Elephants win a trophy.

The club coached by Dollah Salleh finished second in the Super League and were booted out of the semi-finals in the FA and Malaysia Cup.

“It was a good year overall but it would have been better if we had hoisted a trophy. We dipped a little midway through the season because of injuries and suspensions, ” said the 25-year-old, who has played for the likes of Police and Perlis.

“As for the national team, I am proud of our achievements this year. We ended the year second in the 2022 World Cup-2023 Asian Cup Group G qualifying campaign. This is a significant achievement. It feels like we have some hope for success.

“If we continue with our current form, we can make it to the Asian Cup. Last time we qualified as hosts, now let’s aim to qualify on merit. Every year, coach Tan (Cheng Hoe) makes the team better and I am sure it will get better next year.”

For Malaysia, they have to get the results against the United Arab Emirates (March 26) and Vietnam (March 31) to book a ticket to China and Sumareh believes that Cheng Hoe has what it takes to make it happen.

“We get stronger in every call-up because he is the kind of coach who plans ahead. I am sure he is already making plans for the UAE and Vietnam games.

“I am hoping that we can get good results against two outstanding teams. At the moment, we are doing well and everything seems to be going right.”

In the 2019 season, Sumareh played 32 games and scored seven goals for Pahang while for the Harimau Malaya, he featured in nine matches and scored four.

Known for his breathtaking runs on the flanks and easygoing persona, Sumareh said as a footballer, he always feels he can do more and wants to ensure that 2020 will be better statistically than 2019.

“It’s never enough, I must work harder on things that I can do better in. When I won the national best midfielder of the year award, I feel I got something because of my hard work but I know I can do better.

For the 2020 Super League, Sumareh said the team will be putting a squad together good enough to challenge for honours in all competitionsww. 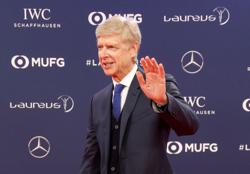