PETALING JAYA: Selangor’s Sandro Mendonca (pic) was a happy man even though his team were defeated 1-2 by Johor Darul Ta’zim (JDT) in the first leg of the Malaysia Cup semi-final in Larkin on Saturday.

The 36-year-old Brazilian played for 75 minutes in his first match after coming back from a three-month absence due to a groin injury – and he showed no sign of rust.

In fact, he was instrumental in the team getting a priceless away goal as he provided the assist for Ifedayo Olusegun to score.

The playmaker had to step in and play as a box-to-box midfielder after his fellow countryman Endrick Santos was ruled out at the eleventh hour due to a groin injury.

“I wasn’t 100% fit for the semi-finals but when Endrick was ruled out, I told myself that I should help my team,” said the 2016 Malaysia Cup champion.

“The assist has given me confidence but lots more need to be done in the next game. But I assure you, I will be better.”

Mendonca certainly feels confident about his own condition as the Red Giants will need him to be in top form when they face the Super League champions in the second leg at the Shah Alam Stadium on Oct 26.

The former Kedah player said JDT would be tough opponents but Selangor would be determined to overturn the one-goal deficit.

“JDT will play in our home. It will be intense and we have to run continuously and do everything in that match. It’ll be tough and tiring but we’ll come prepared with the right spirit.

“I’m ready to play in any position, I’ll follow whatever the coach says.

“We’ll have to be positive. I want the fans to come in droves too. With their strong presence, we aim to reach the final. We want to help Selangor win their 34th title. This second leg will be like a final for us.”

Mendonca admitted that JDT have several good players but the presence of two Brazilians - striker Diogo Santo and defender Mauricio Santos have added some real zing to the Malaysian League.

“Their performances have raised the quality of Malaysian football and the league. Selangor have to be careful with both of them.

“Diogo is very clever while Mauricio is strong.”

Mendonca said missing the finals in 2016 and 2017 when he was playing for Kedah was painful, and he has no intention of missing another.

“It was painful, but I’ve another chance now. This Cup is special for Selangor because they are the most successful team in this competition ... we intend to keep it that way.”
Article type: metered
User Type: anonymous web
User Status:
Campaign ID: 18
Cxense type: free
User access status: 3 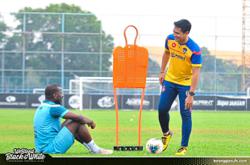 Turtles may get headstart in the Super League 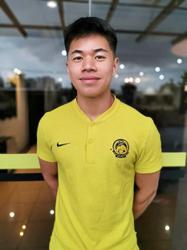 Zachry’s home from England with a point to prove

Brighton boss Potter warns against complacency in fight for survival