LONDON (Reuters) - Tottenham Hotspur manager Mauricio Pochettino described the official opening of the club's new stadium as one of the most memorable days of his life on Wednesday before challenging himself and his team to be worthy of such a stage.

The spectacular 62,062-seater arena, which looks like a spaceship landed in one of London's grittier neighbourhoods, cost around one billion pounds ($1.32 billion) and is expected to be the catalyst to take the club to the next level.

Pochettino, who has earned plaudits for his sterling work at Tottenham during his five-year reign, knows the project on the pitch will be equally as challenging as the vast construction venture that delivered London's biggest club stadium.

So far Tottenham, on a minimal transfer budget compared to the rest of the Premier League's top six, have kept on an upward trajectory, even if they have not won a trophy since 2008.

Now the pressure will be on to deliver some silverware into the brand new trophy room.

"Now we are World Cup winners in terms of facilities. I think we have the best stadium in the world," the Argentine told reporters on an historic night for the club.

"The team play in the Champions League and now the stadium is here we need to be at the same level on the pitch."

A 2-0 win over Crystal Palace to move back above Arsenal into third place was a solid, if unspectacular, start.

With six games remaining, Tottenham are in a fight with their north London rivals, Chelsea and Manchester United to seal a place in the top four and in next season's Champions League.

"We have to start to think it's a new chapter and that Tottenham can be a real contender for big things," Pochettino told reporters in the plush auditorium.

"We have to start to behave like a big club. I think it's going to be a major project."

While the challenge ahead is a daunting one, Pochettino, and the fans who flocked to the new stadium were happy to savour a memorable opening night against Palace in which goals by Son Heung-min and Christian Eriksen sealed the points.

"It was very emotional like the last game at (the old) White Hart Lane. A very special day," Pochettino said.

"This type of moment you are going to keep in your mind, your memories, your heart. It's one of the best moments of my life. We started to feel that it's home, that this is going to be such an important place for the future."

Fans had arrived early to enjoy the incredible array of eating and drinking facilities in the stadium -- including the Goal Line Bar which at 65 metres is the longest bar in Europe, according to the club.

Other state-of-the-art features include a retractable turf pitch which conceals a permanent artificial surface housed beneath which will be used to stage NFL games.

There are many pointers to the past too, with one wall dedicated to Bill Nicholson, the last manager to lead Tottenham to the English league title in 1961.

Pochettino's task now is to try to deliver new glory.

"Today we touched the glory. Now we need to touch the glory of lifting trophies," he said. "Now is the start of a chapter." 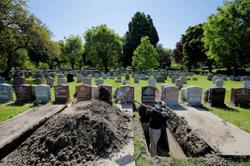