Whoopee! Shopee will carry on supporting the FA Cup

PETALING JAYA: Leading e-commerce platform Shopee will continue their support for Malaysian football as they will be the title sponsors for the FA Cup this season.

This is the second year Shopee is supporting the FA Cup after coming on board as the FA Cup title sponsors last year after signing a partnership with the Malaysia Football League (MFL).

The partnership is set to boost the revenues of local football teams by allowing fans to purchase tickets and official team merchandise online.

MFL chief executive officer Kevin Ramalingam said the partnership shows that the M-League is on the right track in attracting private entities as partners.

“This partnership with Shopee shows that the M-League is capable of attracting interest from private companies and we hope more entities from the private sector can come on board to support Malaysian football.”

And Shopee regional marketing director Ian Ho said that will continue with the hugely popular promotion in the 2019 season.

“The ticket and merchandise sale on our platform will benefit the teams greatly. The teams can rely on our expertise to sell and market their products and they can fully focus on the managing and coaching of the team,” said Ian. 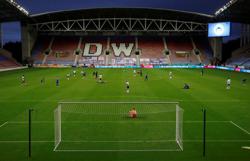 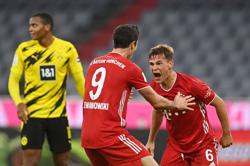