Explainer - What is behind the fierce rivalry between River Plate and Boca Juniors?

MADRID (Reuters) - Argentine clubs River Plate and Boca Juniors will contest the second leg of the Copa Libertadores final, South America's equivalent of the Champions League, in Madrid on Sunday.

The match has been moved across continents from Buenos Aires after River Plate fans attacked Boca's team bus before the original fixture was postponed two weeks ago.

Why is the rivalry between the two clubs, known as the 'Superclasico', regarded as the fiercest in world football?

VIOLENCE ON AND OFF THE PITCH

The ambush of Boca's team bus last month was compared to an incident in 2015 when a Boca fan attacked River's players with pepper spray in a Libertadores game at Boca's Bombonera stadium.

Yet violence has long gripped the fixture, dating back to the first official meeting between the two sides in 1913, when a newspaper report at the time referred to "pugilistic scenes".

Mass brawls between players continue to break out in the fixture, even during pre-season friendlies, such as in 2016, when a total of five players were sent off.

WHAT HAPPENS WHEN PLAYERS SWITCH SIDES?

Oscar Ruggeri crossed the divide from Boca to River in 1985 and was the victim of a vicious knee-high lunge during a game from his old team mate Roberto Passucci.

That pales in comparison, however, to the treatment Ruggeri received from Boca's supporters, who set fire to his house.

A FIGHT FOR TITLES AND SUPREMACY

River and Boca are the two biggest and most successful teams in Argentina. River boast a record 36 league titles, but Boca are catching up, winning three of the last four to move on to 33.

Boca have won six Libertadores titles to River's three, and victory at the Bernabeu would see them join Independiente as the side to have won the most continental titles in South America.

WHO HAS THE MOST FANS?

Surveys typically say that 65 percent of Argentines support River or Boca, and the two clubs regularly bicker over who has more fans. River's motto is 'El Mas Grande', the greatest, while Boca call themselves 'La Mitad Mas Uno', half the country plus one.

A survey by the Bundesliga published this year said River had 146,000 club members, the most in South America, but Boca said they have 193,000 members.

Both clubs were founded in the poor docklands neighbourhood of Boca in the south of Buenos Aires, but River soon moved to Nunez, which became a more salubrious area.

River's expensive transfer dealings led to them being nicknamed the Millionaires, while Boca supporters, whose stadium was next to a factory known for smelling of dung, became known as the Manure Handlers.

The success of both clubs has led to them attracting support from every socioeconomic sphere, yet the impression that River are an upper class team and Boca represent the humble classes has stuck.

The apparent class divide has influenced the teams' styles of play. River see themselves as a more cerebral team, whose playing philosophy is not just to win but to put on a show for the fans.

Boca are known historically for their more industrious, never-say-die attitude.

Their former striker Martin Palermo says: "The secret is the mentality, you can't always play well, but you have to maintain the hunger to win and fight in every game."

A RIVALRY TAKEN TO PETTY EXTREMES

Boca convinced Coca Cola to abandon their traditional red and white logo (River's colours) for advertising at their Bombinera stadium, instead displaying the brand's name on an unusual black canvas.

In a game in 2012, River fans flew a giant inflatable pig painted in Boca's blue and yellow stripes over the pitch.

WHO HAS HAD THE BEST PLAYERS? Argentina and creditors are closer to a deal 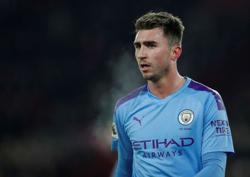