PETALING JAYA: Kedah’s Akhyar Rashid has been nominated for the best striker and hopeful young player accolades for the National Football Awards.

The 19-year-old was nominated together with Johor Darul Ta’zim’s (JDT) Hazwan Bakri and PKNP’s Shahrel Fikri Fauzi for the award ceremony in Bangsar on Monday.

Nik Akif and Safawi were also nominated for the best midfielder award with Pahang’s Nor Azam Abdul Azih.

For leading Perak to the Malaysia Cup and a second-place finish in the Super League, former Australian international Mehmet Durakovic was nominated for the best coach award alongside Pahang’s Dollah Salleh and Felda’s B. Sathianathan. 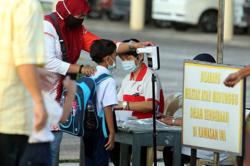