Review: 'Red Card' Tells a Tale With Parallels to the Russia Investigation

“Red Card: How the U.S. Blew the Whistle on the World’s Biggest Sports Scandal,” by the BuzzFeed investigative reporter Ken Bensinger, delivers an engrossing and jaw-dropping tale of international intrigue culminating in dozens of individuals and companies associated with professional soccer being brought to justice.

The story of FIFA corruption has eerie parallels to the investigation by special counsel Robert Mueller into Russia’s election interference. Ex-spy Christopher Steele, whose explosive dossier has made him an unexpected household name, turns up in an important supporting role, as do a wide range of shady Russian oligarchs and government officials. Members of this latter group worked to subvert the integrity of FIFA, the world soccer governing body at the heart of the scandal, for their own ends. They then quietly helped those who were charged avoid the reach of U.S. justice. And for some strange reason, corrupt individuals and organizations just seem to gravitate to Trump Tower as their preferred home base — in this instance sometimes enjoying a special cut-rate rent deal courtesy of our now president.

Lurking in the background remains Russian President Vladimir Putin. While Prime Minister David Cameron of Britain, Prince William and soccer star David Beckham aggressively lobbied FIFA’s governing body at Zurich’s magnificent Baur au Lac hotel ahead of the fateful 2010 vote awarding the 2018 and 2020 World Cups to Russia and Qatar, Putin kept a respectful distance. FIFA officials should be allowed to “make their decision in peace without any outside pressure,” he told the press in explaining his absence. In fact, since Russia had already purchased the prize, there was little point in ponying up for the additional travel expenses.

Not to diminish Bensinger’s achievement in producing such a riveting book, but the story had certain built-in advantages. How often is a writer handed a central protagonist in a crime drama in the form of a 450-pound diabetic who moves around on a small army of scooters with a pet parrot on his shoulder? Chuck Blazer, who was raised in Flushing, Queens, never played soccer and started out hawking T-shirts and Frisbees. But he became the general secretary of the FIFA regional association that stretched from North America through the Caribbean. Blazer’s engaging personality, combined with marketing and political savvy, endeared him to a wide range of leaders both within and outside the world of soccer. Donald Trump not only gave Blazer a deal on his rent, he let him hold his high school reunion in the glittering lobby of Trump Tower. These personal qualities made Blazer particularly valuable once he became the first key cooperating witness for the FBI.

A fundamental problem with many white-collar-crime dramas is the often technical and unintuitive nature of the underlying misconduct. Collusion and insider trading, for example, can be illegal under surprisingly narrow circumstances. Luckily for both Bensinger and the reader, the FIFA scandal involved old-fashioned and highly intuitive vote buying, bribery, payoffs and kickbacks on a breathtaking scale. Such corruption makes for a particularly gripping narrative.

Prosecutors, however, did grapple with highly complex technical questions. Here, however, they were related more often to jurisdictional issues than to substantive law. Blazer’s decision, for example, to deposit one of his payoffs directly at his Merrill Lynch brokerage next door to Trump Tower rather than mail it as usual to his bank in the Caymans proved particularly fateful.

The one major issue of substantive law raised by the case was the decision to apply the Racketeer Influenced and Corrupt Organizations Act, or RICO, which was originally designed for prosecuting organized crime. A major advantage of charging RICO in addition to garden-variety crimes is that it gives prosecutors wide authority to seek forfeiture of assets. In the end, these successful investigations and prosecutions have already yielded hundreds of millions in proceeds to the government.

Former FBI Director James Comey, who makes a cameo appearance in “Red Card,” recently observed in his memoir, “A Higher Loyalty: Truth, Lies, and Leadership,” that our president is disposed toward organizational structures that are reminiscent of La Cosa Nostra. The Democratic National Committee has filed a civil RICO case against the Trump campaign. And who knows what will turn up in the materials obtained in the recent raid on the office of Trump’s personal lawyer, Michael Cohen, a former senior Trump Organization executive?

Before targeting FIFA and its regional confederation as an enterprise “engaging in various criminal activities, including fraud, bribery and money laundering, in pursuit of personal and commercial gain,” federal prosecutors had an uneven track record in applying RICO outside of mob settings and were often reluctant to do so. Based on the success of the soccer investigations so far, and with the FIFA and special counsel inquiries continuing, we may be poised for a significant renaissance in RICO-inspired prosecutions.

Biden lead over Trump grows in Michigan, race is statistically even in North Carolina - Reuters/Ipsos 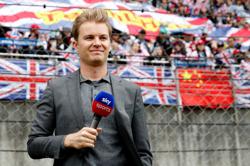