Goalkeeper Chee Keong a great role model to all players 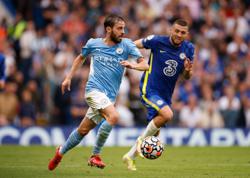 Someone to look up to: Chow Chee Keong (right) in action during training in this April 1981 picture. — ANDREW CHONG / The Star

PETALING JAYA: He was always the first to show up for training. And he was a role model to youngsters.

Peter, who coached Chee Keong in his first international tournament in the 1964 Asian Youth tournament in Saigon, said his old charge was one of Malaysia’s best-ever goalkeepers.

“I’m sad to hear that he has passed away, I knew that he had cancer the last two years. He was not only a player for me but also a good friend,” said Peter, also a former secretary-general of the Football Association of Malaysia and Asian Football Confederation.

“He was a very ambitious player, he always wanted to challenge himself and that’s why I think he turned professional and went to play in Hong Kong. He had a good career there and it showed the character he had.

“I believe his success was due to his discipline. He would wake up at 6am and would be the first person to turn up for training at 7am at the Merdeka Stadium. He was a great role model for the younger ones.”

Former national team skipper Datuk Soh Chin Aun said he only got to play alongside Chee Keong for a few years but he hailed Chee Keong as one of Malaysia’s most stylish goalkeepers.

“We were together in the national team from 1982-1984. He returned from Hong Kong to feature for the national team. He was dedicated to training and gave his all when he played for Malaysia,” said Chin Aun.

“He was also a great golfer and was teaching pro golf after retiring. I missed the chance of having a round of golf with him. He was an exemplary sportsman. His demise is a great loss to our country.” Chow Chee Keong is one of the greatest goalkeepers Malaysia has ever produced, if not the best. His persona, warmth and performances on and off the pitch touched so many people. So much so that the sportswriters who wrote about him still kept in touch with the man long after he had hung up his gloves. He was even offered to play for Cruzeiro FC and a Brazilian citizenship. In the final hours when Chee Keong was lying at the ICU ward, the people who had once written about him had still kept in touch with him. They related the events that led to his final hours and even rushed over to be by his bedside.

He’s not called Asian Stainless Steel Gate for nothing, even Pele couldn’t score past him in a match. His prowess became an inspiration to several upcoming national team goalkeepers.

I think he’s the only player from Malaysia to get an offer to play in Brazil. This speaks volumes of his abilities. I remember him pulling off flamboyant saves when playing for the national team. It’s sad to hear about his passing.

Chow Chee Keong was a trailblazer in Malaysian football. He was the first goalkeeper to play professionally in Hong Kong. His reading of the game and flair were immaculate. His long goalkicks often started Malaysia’s attacks during matches. His death is a great loss to Malaysian football.

Chow Chee Keong had this ability to stop in mid-air and drop when he dived. This made scoring past him difficult and it’s an ability that many great goalkeepers in the world had. “He was also very brave to venture outside of Malaysia to play football and he also dabbled in business and golf before coming back home to teach pro golf. He’s definitely one of the best goalkeepers I have seen in my career.

He’s a classy goalkeeper and inspiring figure to all his teammates. His commanding presence always seemed to calm his teammates during matches.