By Neil Robinson and Adam Jourdan

LONDON/SHANGHAI (Reuters) - A Chinese magnate has agreed to buy historic English football club Aston Villa, the latest in a series of investments from China into football worldwide as President Xi Jinping looks to make the country a global powerhouse in the sport.

The deal, reportedly worth 60 million pounds ($88 million), will see the chairman of little-known Recon Group, Xia Jiantong, become the first mainland Chinese to fully own an English team.

Under the leadership of Xi, an avid fan, China has made it a goal to one day win the World Cup, and has ploughed huge amounts of investment into grassroots academies, television rights, transfer deals for overseas players and investment in clubs abroad.

More broadly, Beijing is aiming to grow the domestic sports market to 5 trillion yuan ($782 billion) by 2025, about five times its current scale.

The Villa deal, however, with 100 percent ownership, is not just an investment.

Villa's American owner Randy Lerner, who put the club on the market in 2014, struck the deal after former English champions Villa suffered a miserable season that left them relegated from the country's top football league.

The deal with American-educated Xia, 39, ends an unhappy tenure for Lerner, who bought the midlands club for 62.2 million pounds in 2006. Fans have openly demonstrated against his continued involvement with Villa, who were European champions in 1982 and have won the English top-flight title seven times.

The club ended the recent season bottom of the English Premier League table, with only half the number of points of the next worst team.

"Aston Villa's relegation really played in their favour," said Fredrik van Huynh, Shanghai-based director of HHC Sports Group. "It will have pushed down the price quite significantly."

Xia, who studied at Harvard University and has a doctorate, took to his official microblog late on Wednesday to wish the club's fans "health and happiness".

Earlier this month he posted: "Go, Villa, Go! We will be back."

The club said Xia's immediate objective was "to return Aston Villa to the Premier League and then to have the club finish in the top six, bringing European football back to Villa Park".

It added the deal would also help make Villa the most famous football club in China.

Dreyer at China Sports Insider dismissed that as "simply ludicrous", given the appeal of much bigger rivals such as Spain's Barcelona and England's Manchester United and Arsenal.

"I think fans of the club will remain sceptical until it becomes clear what his true motivations are," he added.

(Reporting by Neil Robinson and Adam Jourdan in SHANGHAI; Editing by Ed Osmond and Will Waterman) 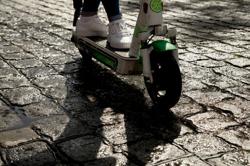