The format for the Malaysia Cup competition assures the top four Premier League teams automatic slots together with the top 10 teams from the Super League.

The remaining two slots will be decided by playoffs.

Table-toppers Sarawak have won promotion to the top flight next season.

The East Malaysians have picked up an unassailable lead at the top of the 12-team standings with 49 points with three matches left.

Second-placed Sime Darby FC are the frontrunners for the other promotion slot on 45 points.

Basement-side NS Betaria, with just seven points, will be relegated to the third-tier FAM Cup competition next season. 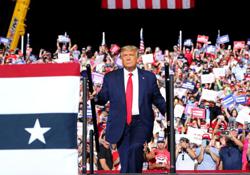 Explainer: What happens if the U.S. election is contested?